In summer 2014, I participated out of a whim in the Schwarzkopf Stiftung‘s Conference Detective program to report on the German-Dutch Forum 2014. As I arrived in Den Haag, where the event took place, I found out that the German-Dutch Forum – which I had never heard of – is an annual high-level meeting between Dutch and German diplomats. As the need for diplomatic reconciliation has lessened in the past few years (after minor incidents like the German invasion and occupation of the Netherlands in World War II), the Forum is now held on changing topics of societal relevance in both Germany and the Netherlands. 2014’s topic was “Digitalization”, which is why I participated. 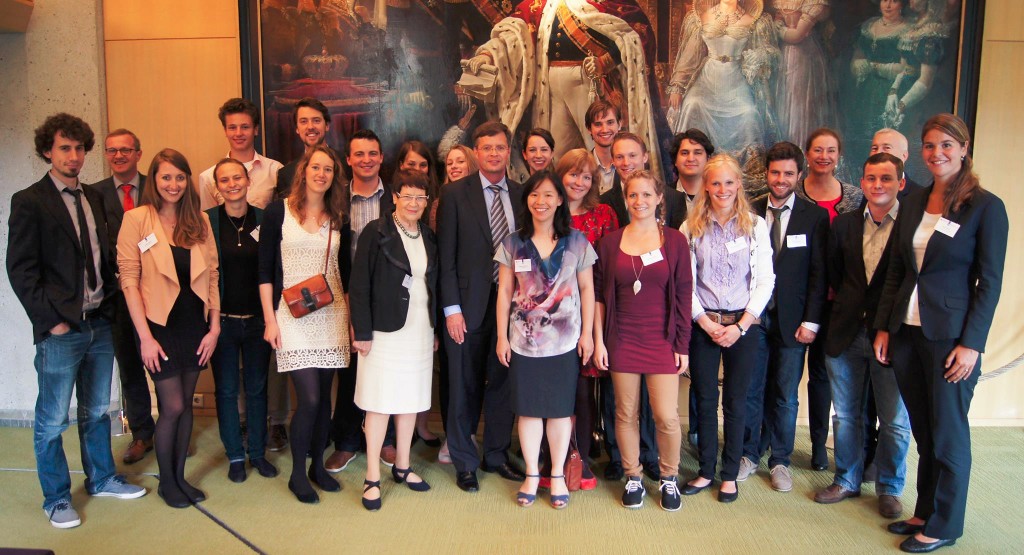 As Conference Detectives, we were to critically report on the conference via a tumblr blog and video. Further, we were invited to add perspectives of the younger generation to the discussion. Especially the second part proved hard: Many workshops turned into self-help groups of old white men who feel their skills and the structures that guarantee their social and political dominance are questioned or even rendered obsolete by the internet and internet-enabled phenomena. In the rush of mutual self-assurance, a one-sided focus on the dark sides of the internet and a failure to recognise the many benefits of digitalization emerged. As the designated ‘voice of youth’, we largely failed to get any substantial words in.

Rather, we vented our disagreement via scathing comments on the blog (my contributions are marked by the hashtag #basanta). Further, I had the privilege to deliver my criticism on stage (in German in the second half of the video):

Nonetheless, participating in such a high-level event and gaining a better understanding of the bilateral relations between Germany and the Netherlands was most interesting. My issues with the way many discussions went merely highlights what a highly dynamic and disruptive social process digitalization is and how generally accepted social norms and practices regarding many aspects of digitalization still have to be negotiated.

I am a social scientist focussing on the nexus between public administration and digitalisation. I work at NEGZ, a think tank and network for digital government . I live in Berlin and pursue a PhD at Universität Potsdam.
Tweets by @BasantaEPThapa