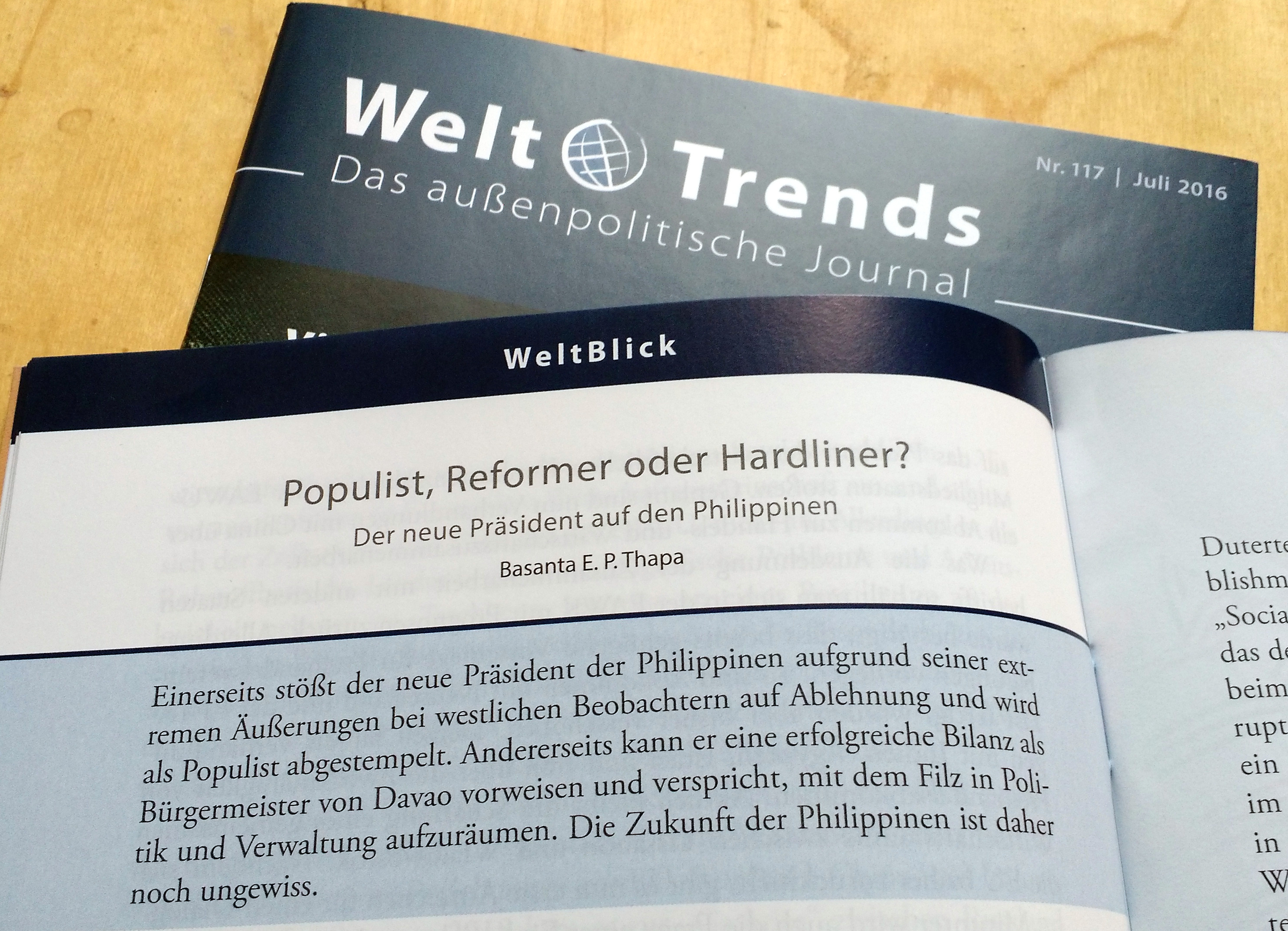 I have written a short four-page piece on the Philippines’ new president Rodrigo Duterte for WeltTrends, a Potsdam-based monthly magazine on international politics.

I keenly observed the Philippines’ presidential campaign (mostly via my Philippine Facebook friends) and early on, Rodrigo Duterte’s platform caught my interest. How he likened himself to “democratic autocrats” like Russia’s Vladmir Putin or Singapore’s Lee Kuan Yew has to catch every political scientists’ eye. The way his harsh rhetoric and statements polarized but mobilized the masses is fascinating.

This is all underlined by how hard Duterte is to categorize: Is he simply a loud-mouthed populist? Is he an able and effective reformer? Is he a brutal hardliner who cheers on extrajudicual killings? Is he all three of these things at once?

Duterte’s multifacetedness not only intrigues political scientists but certainly is one of the reasons why he won the election. That German media largely ignored this and instead portrayed him as a one-dimensional Asian Donald Trump who additionally revels in rape and murder incited me to write this article. The article should not be misunderstood as praise to Duterte, but rather as an attempt to render comprehensible to German readers why the Philippine people voted for Duterte.

Read for yourselves (in German only):

I am a social scientist focussing on the nexus between public administration and digitalisation. I work at NEGZ, a think tank and network for digital government . I live in Berlin and pursue a PhD at Universität Potsdam.
Tweets by @BasantaEPThapa