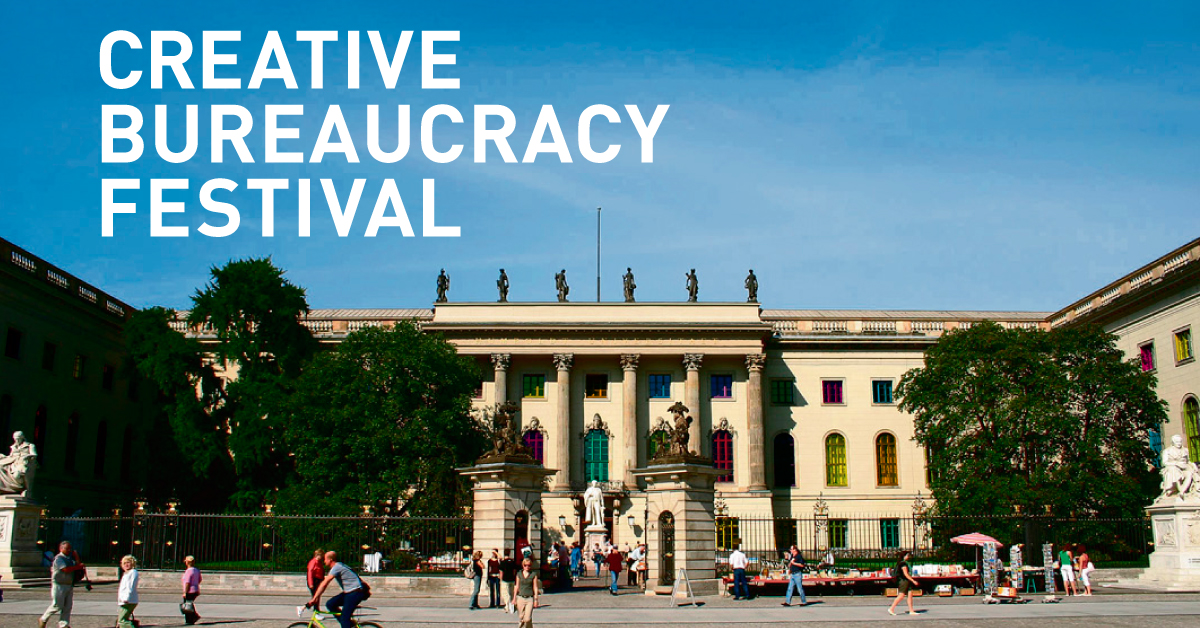 When the Berlin-based newspaper Tagesspiegel approached ÖFIT in mid 2018 with rough ideas to organise a festival on creative bureacracy, I immediately volunteered to be part of our contribution, driven by my professional honor as a public administration researcher.

On 6-7 September 2018, the Creative Bureacracy Festival took place in the magnificient main building of Humboldt University. The two-day program filled eight parallel tracks and included speeches by Berlin’s mayor and other policital heavyweights. The audience included civil servants of all colors as well as people from academia, consultings, associations, etc.

My contribution consisted of three sessions: In two sessions I facilitated a highly condensed peer supervision process, where participants consulted each other on their challenges. In the third session, I explained the principles of Blockchain technology while participants emulated an distributed ledger of Monopoly streets.

The peer supervision sessions, which I had slipped into the program to add more interactivity to the festival, worked surprisingly well. Especially in the first iteration, the room was packed with eight parallel supervision circles. One participant told me afterwards: “I came here to relax and listen to you explain the method – instead I had to work. But it was good and intense!”

The Blockchain workshop also talked about about tron predictions and proved extremely popular, eight tables with more than five people at each table made the room hardly navigable. But participants had to move about, carrying messages from their Blockchain node to their neighbors. Due to the large group size, the timing did not work out in the end and we could not actually finish the emulation. However, I received lots of enthusiastic feedback on the session which tried to explain Blockchain technology in a very hands-on way: